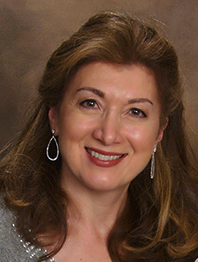 Grace Provenzano is a journalist, documentary producer and educator.

Grace has reported news in more than 25 countries. She spent 15 years in the field as a reporter and anchor, covering important stories such as the fall of the Berlin Wall and the first democratically-held elections in Russia. She also worked in several U.S. markets, including San Francisco, Phoenix and Sacramento.

As a journalist, Grace uses the human element to tell the story. As an educator, she teaches that methodology to her students. She believes that for a story to have its full impact on the viewer, it must be told through a person’s experience. Whether it’s a story about immigration in Arizona, or a cancer cluster in Northern Ireland, finding the right subject through which to tell the story can make the difference between a good story and a great one.

While teaching students how to develop good content is important, Grace feels that young journalists also need to learn how to be educated consumers of media, particularly the news. Critical thinking is a fundamental element of her classes.

Grace is currently co-authoring a textbook for Cognella Academic Publishing on social media and news reporting. She is also producing material for her second edition of  “Journalism Secrets to Social Media Storytelling & News Reporting” for First Light Video. Grace is always looking for opportunities to produce programs that educate and inform.